We now have excellent geological evidence of ancient mega-floods around the world, with conclusive data in the America’s, and China roughly 12,000 to 14,000 years ago. The cause of these floods appears to center around multiple asteroid hits in and around the area we call the United States (some call this ground zero.) These massive floods engulfed and wreaked havoc over thousands of mile of land, and were destructive on multiple levels, carving out entire lakes, canyons and flood plains, and leveling cities in their wake.

Were there advance cultures on the earth at the time of these floods?

With the discovery of Puma Punku in Bolivia, El Mirador in Guatemala and a handful of other locations, the evidence is growing for global antediluvian cultures. It’s my belief the Maya were one of these ancient people, and survived the floods, later to regroup and repopulate various regions throughout Central America. The Maya who survived were a shadow of the former culture that engineered pyramid complexes, charted the heavens, developed advanced sciences and had a mathematical system which calculated millions or years into the past.

It’s difficult to make such claims without good evidence, and most scholars place the Maya Civilization at no more than 1,500 BC, or roughly 4000 years ago. Their evidence is based on uniform discoveries (paralleling other known civilizations like the Roman’s), and carbon dating (testing organic material.) But recent photos taken by excavation teams from The Carnegie Institute in 1932, show startling evidence that Maya cities on the Yucatan Peninsula, left in the wake of powerful Tsunami strength waves, were completely dismantled, reduced to piles of stone, or severally water damaged. 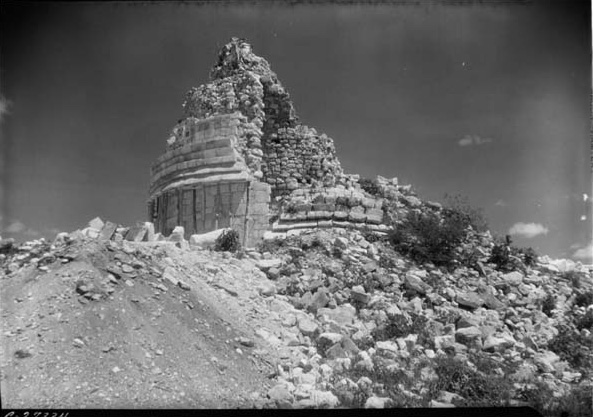 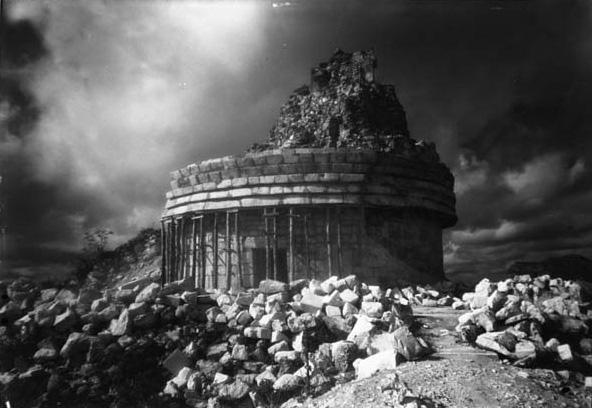 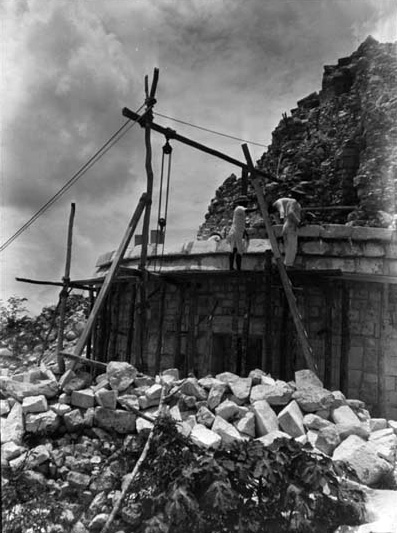 Perhaps what’s most shocking is the force in which these buildings were torn apart and reduced to piles of stone.

In this small photo gallery, taken at Chichen Itza, (noted by many Elders to be a Maya university), the careful design, engineering and construction (using cement) of the observatory (El Caracol, the snail), has been reduced to scattered stones.

The Maya are truly a very old culture…perhaps the oldest organized culture we have found.