Most of the relics from the early dynastic period in Egypt, (3100-2686 BC) leave people in awe of the amazing accomplishment from that time period. The huge megalithic buildings, sculptures and of course the Pyramids – are sights to behold. But there are some other less observed works of unique genius that most are not aware of or have pass over without closer inspection.

Most of us are aware of the sculptures Egyptian artisans crafted during this early period in their history and the high level of skill they achieved – that few can duplicate. But most overlook an engineering phenomenon in the optic design in the eyes of these sculptures, that until recently was not well understood.

The eyes of a specific group of sculptures were manufactured in a manner which created the most life-like quality ever achieved in a work of art. Not only are the eyes of these statues life like – but they’re designed to follow you as you move around a carved figure. Two scientists have studied the technique for creating these eyes and made an amazing discovery.

Jay Enoch, from the School of Optometry at UC Berkeley and Vasudevan Lakshminarayanan from the School of Optometry at the University of Missouri, observed that the front area of each eye was composed of a very hard quartz crystal, fashioned into a flat cornea of fine optical quality. The iris was painted to resemble the living human iris. In the center at the rear of the cornea lens a small concave curve was drilled or ground to match the pupil aperture of the human eye. It formed a concave lens of high negative refractive power. The front surfaces of the cornea had considerable positive refractive power, but were much weaker than the rear element. A resin was used to attach the lens element to the white part of the eye. The rear of the cornea lens had two optical zones. One was peripheral and flat and the other was distinct negative curve. Both were centered on each other. These were centered on the front area of the of the cornea’s surface which had a convex or positive curve, possible in order to form a multifocal element.

According to their analysis, both the front and rear surfaces of the lenses contributed to the perceived movement of the pupil as the observer rotates around the statue. The scientists tried to recreate the eyes using present day tools and equipment and could only reproduce part of the perceived movement of the eye. This astounding discovery was further complicated when the analysis was made public and discusses in a paper. In short, how did an early dynastic people create such engineering sculptural feats? The theories of optics and light refraction is not something easily understood and must have taken considerable amount of time and research and development to create. In other words, the technique may have passed down by an earlier people. Yet according to historians, the earlier people were hunters and gatherers…living a simple and rudimentary lifestyle.

Many concluded that there is a missing link in our history. 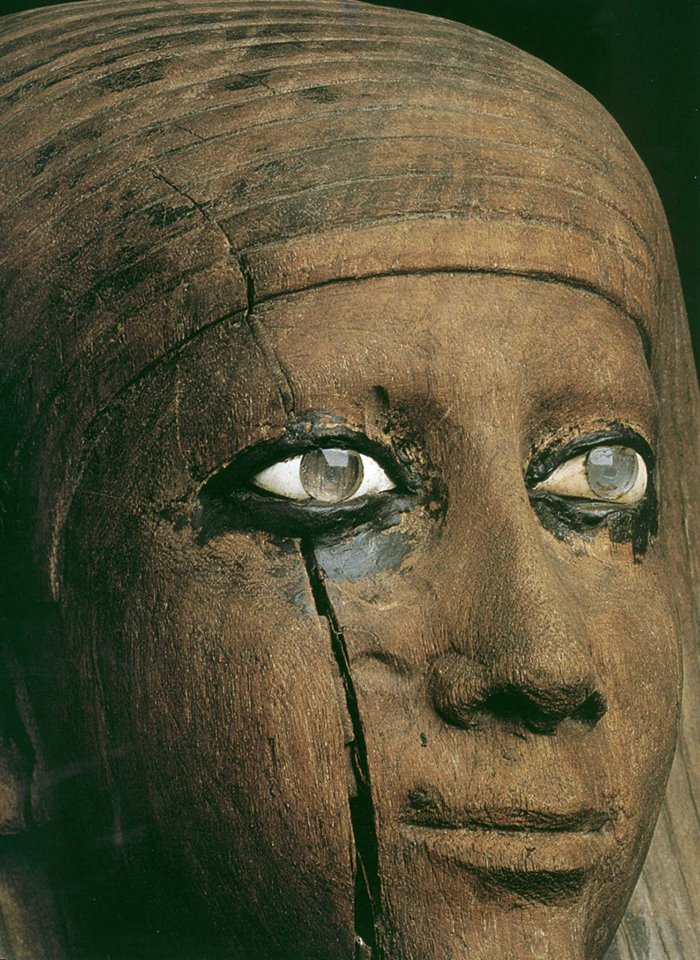